Our parish is led by a dynamic group of clergy that brings the Orthodox Church and the Gospel of Jesus Christ alive for our parish community and all those we encounter. We invite you to learn more about our Hierarchs, our clergy and pastoral team.

His Eminence, the Most Reverend Joseph, Archbishop of New York and Metropolitan of the Antiochian Orthodox Christian Archdiocese of North America, was born in Damascus, Syria, on November 2, 1950, the fifth of six children born to Georgi and Mathilda al-Zehlaoui. Throughout his life, he has been a loyal son of Antioch, a devoted spiritual father in North America, and a leader on the global stage.

His Eminence oversees almost 300 parishes and missions in the United States and Canada from the archdiocesan headquarters in Englewood, New Jersey. Six auxiliary bishops aid him in his administration of the eight dioceses that comprise the Archdiocese of North America. 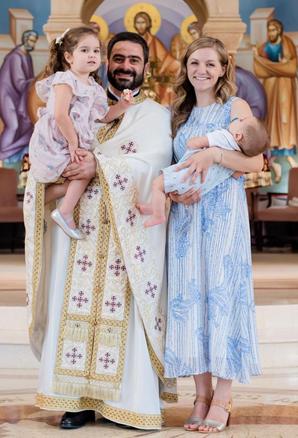 Fr. John (Rassem) El Massih was born in Lebanon in 1981 where he attended the Balamand Elementary School. From a young age, he learned Byzantine music and was involved with Sunday School programs and Teens groups. He led the choir at his home parish at the Monastery of the Lady of “the Natoor”. He taught Byzantine music at the School of Ecclesiastical Music of the Archdiocese of Tripoli and El-Koura.

In December of 2001, Fr. John and his family immigrated to the United States where they resided in Massachusetts. First, They attended St. George Church in Lawrence, MA then St. George Church in West Roxbury, MA. He graduated from Hellenic College in 2011 with a bachelor's degree in Religious Studies with a minor in Human Development.

On March 5th, 2017 (Sunday of Orthodoxy), Fr. John was ordained to the Diaconate by His Eminence Metropolitan JOSEPH. He was later ordained to the Priesthood on August 30th, 2020 and served as an attached priest at Ss. Peter and Paul Church in Potomac, MD. On January 6th, 2021, Fr. John was appointed the pastor of St. George Church in Washington, D.C. 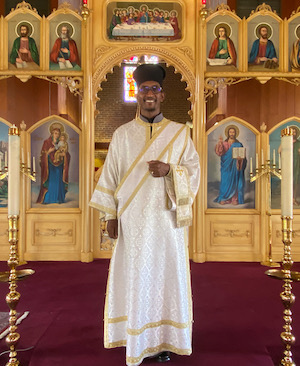 Arch-Deacon Workineh Belesse, was born in 1969, in Ethiopia, and is the son of an Ethiopian Orthodox priest. He was ordained a deacon in 1983, where he served in his father's parish. A dynamic, pious, well-liked young man, Deacon Workineh attended primary and secondary schools in Ethiopia before marrying in 1991 and then leaving Ethiopia as refugees settling in Nairobi, Kenya, for a while. During his stay there, he organized the Orthodox students into a campus fellowship.

Workineh arrived in the United States in 1992 living in Wilkes-Barre, PA, where he was a faithful member of St. Mary Antiochian Orthodox Church. Workineh enrolled at nearby St. Tikhon's Seminary and Luther College, working toward a bachelor’s and a theology degree simultaneously.

After three years, Workineh was able to bring his wife over from Ethiopia, and they relocated to Indianapolis, IN in the summer of 1996, where they had found employment. They quickly found St. George Antiochian Church in Indianapolis, IN and decided to settle there. While not in the church, Workineh was a national manager for the Charnel Corporation, where, as an indication of his industry, he was known simply as "Work."

Workineh has been a member and communicant in many parishes of the Antiochian Archdiocese continuously for the past twenty years. While at St. George in Indianapolis, he had been helping chant matins and assisting with the altar servers. In December 1999, His Eminence, Metropolitan PHILIP, of thrice blessed memory, had received Workineh Belesse into the ranks of the clergy of the Antiochian Archdiocese and was assigned to St. George in Indianapolis as a deacon.

In 2013, Deacon Workineh was transferred to our church from Indianapolis, where he has been serving faithfully ever since, working closely with our Teen SOYO ministry. Deacon Workineh was elevated to Arch-Deacon in May 2015. Additionally, he continues to work in management while he is not serving his beloved church.

Arch-Deacon  Workineh has been married to Tegbar since 1991 and they have one daughter, Tena. 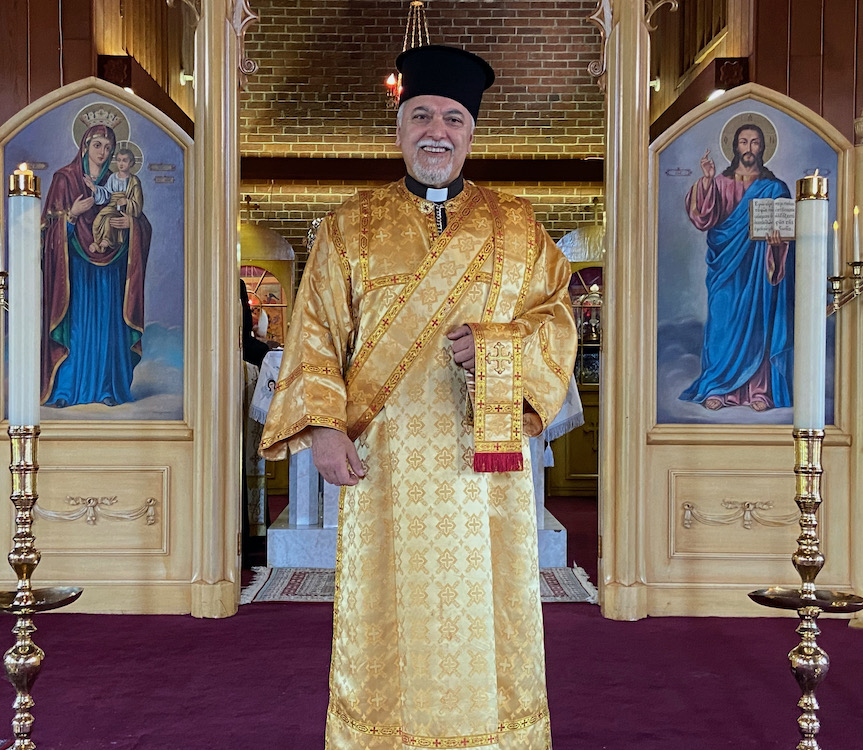 Deacon Nicola Said, born in Jerusalem, Palestine, has been serving the church for over 45 Years, since coming to St. George in 1975. He has been actively involved in the parish life from serving on the Parish Council, working behind the scenes in the kitchen, and everything in between as an expression of his love to serve the Lord.  Deacon Nicola is influenced by the Bible character in the Old Testament named Obed Edom, of whom he  would serve and imitate the rest of his life. Deacon Nicola graduated from St. Stephen’s Course in August 2019 with a degree in Applied Theology. He was ordained Sub-Deacon in May 2016 by Bishop NICHOLAS. In March 2020, at the hand of Metropolitan JOSEPH was ordained Deacon and faithfully serves alongside Fr. John and Arch-Deacon Workineh. Deacon Nicola has held Bible Study for the parishioners.

When not serving his beloved church, Deacon Nicola is applying over 35 years of management experience in finance and accounting at the Navy.

Deacon Nicola has been married to Alice, since September 1975. They have three daughters, Jane, Abeer, and Shereen and one grandson, Clifton-Nicola.

Past Clergy Who have Faithfully Served at the Altar of St. George