Here you will find the links to texts for various liturgical services. 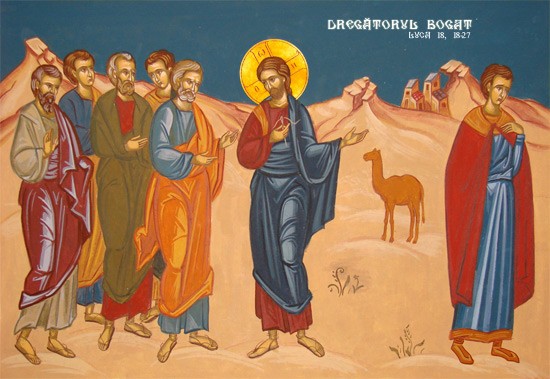 On November 27 in the Holy Orthodox Church, we commemorate the contest of the holy Great Martyr James the Persian.

Cut limb by limb and suffering slaughter, the Persian saith: Be my soul saved, though my limbs have departed.
On the twenty-seventh the Persian is slaughtered piecemeal.

He was born in the Persian town of Elapa, or Vilat, of Christian parents. The Persian king, Yezdegeherd, loved James for his gifts and for his skill, and made him a noble at his court. Flattered by the king, James was deluded and offered sacrifice to idols, which the king also worshipped. James’ mother and wife, hearing of this, wrote him a reproachful letter in which they grieved over him as an apostate and one spiritually dead, begging him at the end of the letter to repent and return to Christ. Moved by this letter, James repented bitterly, and courageously confessed his faith in Christ the Lord before the king. The furious king condemned James to death, and added that his body was to be cut to pieces, little by little, until he breathed his last. During the entire process, James gave thanks to God. A fragrance came from his wounds as of cypress. Thus this wonderful man repented of his sin, and his soul went to Christ God in the Heavenly Kingdom in about the year 400.

On this day, we also commemorate the Venerable Palladios of Thessalonica; and Venerable Nathanael of Nitria in Egypt. By their intercessions, O Christ God, have mercy upon us. Amen.

and Choose the Specific Date on the Calendar.